<- Back to all webinars 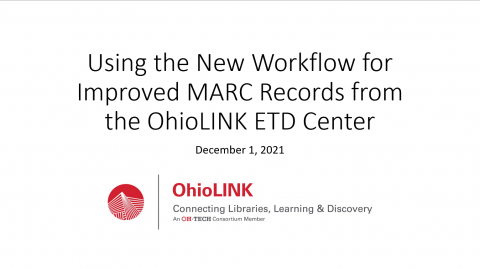 Join us to learn about the new process for downloading improved MARC records for OhioLINK ETDs.  The new process uses the Open Archives Initiative Protocol for Metadata Harvesting (OAI-PMH) via the free cataloging tool MarcEdit. During the session Emily Flynn will demonstrate the new workflow and showcase the improvements to the MARC records.